Eminent surgeon Leo Costa's famous Italian charm has never failed him. But Dr. Abbie McFarlane is determined not to fall for Leo's good looks -- even if they could easily grace any fashion magazine cover. Abbie appreciates his skills as a doctor, but his attention to her as a woman she can do without!

A month in his hometown is Leo's worst nightmare, but to pass the time he's helping out in Abbie's hospital. Secretly he hopes that a no-strings affair will help him outrun the ghosts of his past, but Abbie doesn't do flings. If she's going to open her heart to Leo, she wants it to be forever.

In memory of Chris; a caring neighbour who took great pleasure in sponge cakes, Mr. Lincoln roses and thoroughly enjoyed reading Mills & Boon Romance. She'd always cross the road to tell me, 'it's your best one yet, dear.' Vale, Chris.

Special thanks to Josie and Serena for their advice on all things Italian.

My family and I have had a couple of wonderful holidays in the far north west of Victoria and the south western corner of NSW. The Darling River joins the mighty Murray, and the water has turned red desert into one of Australia's premier fruit baskets. The town of Mildura is known for its hospitality, its sunny weather, fine food and its multicultural heritage. Many Italians settled here after WW2, growing grapes and making sensational wine. I was reading one of Stefano de Pieri's cookbooks when I got the idea for Leo and Abbie's story. 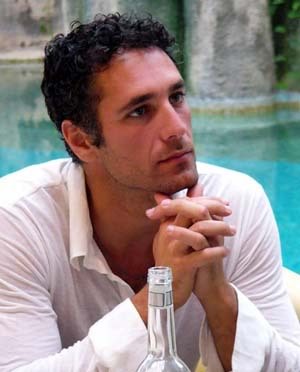 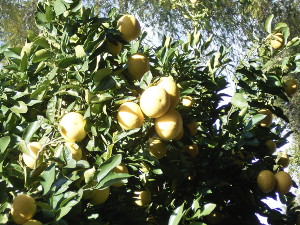 Leo grew up in Bandarra but left at 17 and now he only comes back for short, sharp visits to his large and loving Italian family. But this time his Nonna is sick and he's forced to come back to a town he no longer thinks of as home, a town filled with the demons of the past.

Abbie has made Bandarra home, trying to forget her past and start over with a new and sparkly life with no mistakes in it. When Leo Costa strides into her hospital and starts trying to throw his weight around, the memories of dark haired, dark eyed, charismatic men in her life come flooding back. Leo is everything Abbie knows she should avoid but Leo has other ideas.

I hope this story makes you hungry for fabulous Italian food and wine, that it makes you think about visiting Mildura but most of all I hope it leaves you with a warm, cosy feeling that no matter what has happened in life, love really can heal past hurts.

Love Fiona xx
PS. There is a photo in the banner of a massive river redgum... the type of trees that grow along the banks of the Murray River. Isn't the bark sensational? All those colours! 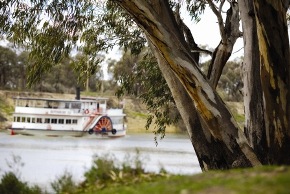 Bright white lights radiated heat and sweat poured down Dr Abbie McFarlane's forehead as she gritted her teeth in concentration. A stray strand of hair had escaped from her cap but she resisted the urge to wipe her forehead on her sleeve, the sterile law of the operating theatre drilled into her long and hard over many years. Her mouth framed the word, "sponge" but she quickly swallowed it, stealing it back before it tripped over her lips.

Squinting, she tried again. Her nimble hands which usually deftly and ably sewed fine stitches seemed at a loss as they plunged yet again down into the sticky mass and stalled.

'Dottore, do not stab it. Il pane, he needs you to be more gentle.'

Abbie sighed. 'Maria, the dough's just sticking to my fingers and I can't do anything with it.'

'You must use plenty of flour.' Maria's old, gnarled hands quickly scattered more flour on the workbench and expertly kneaded Abbie's sticky mess into a stretchy and elastic dough, before pulling it into a ciabatta roll.

Abbie immediately covered it with a fresh, white tea towel. 'I think I'm a lost cause.'

The old woman grinned and shook her scarf-covered head. 'I do this for seventy years. You come again and try.'

Abbie played her only bargaining card in this unusual doctor-patient scenario. 'Only if you promise me you'll rest. Your blood pressure's a bit high and your family's worried about you. It's going to take the new medication a few days to start working, so you have to take it easy.'

'Pfft. I feel fine.' She patted her chest with her fist. 'My heart is strong.'

Abbie frowned and injected a stern tone into her voice. 'If you don't rest I'll put you in hospital.'

Maria sat down fast. 'You sound like my grandson.'

'He must be a wise man, then,' Abbie quipped as she washed her hands in preparation to head back to the clinic.

The eighty-year-old Nonna rolled her eyes and jabbed the air with her finger. 'He is alone like you.'

'Well, I hope he's as happy as I am then.' Abbie smiled and quickly laid the handtowel over the rail. Twelve months in Bandarra and she'd quickly learned every diversion tactic in the book to avoid being introduced to all and sundry's brothers, sons, cousins and grandsons. She'd even let the "gay" rumour run wild until one patient had tried to set her up on a date with her daughter. Ironically, no one had made the connection as to one of the reasons why she donated so much of her time to the Women's shelter - it was the one place no one tried to match her up with anyone. If life had taught her anything it was that she chose the wrong man every time so staying single was the safe choice. Nothing or no one was going to change that. Ever.

Abbie picked up the keys to her four-wheel drive. 'So, you're going to lie down for an hour until your daughter's back from the vineyard?'

Maria unexpectedly capitulated. 'Yes, dottore, I will do as you say.'

'And I show you how to make bruschetta.'

Abbie laughed. 'Give up now, Maria. I can't cook.'

But the old woman just smiled.

'Karen, cara, my angel of the operating theatre, you can't be serious?' Leo Costa held his over-whelming frustration in check by a bare millimetre, knowing that yelling would work once but flattery worked forever. Ignoring the pinching of his mobile phone against his ear, he poured on the charm. 'We organised this last week over lunch. I even filled in the paperwork as a special favour to you so don't break my heart and tell me it's double booked, and I can't have the slot.'

A tiny silence ensued before Karen spoke. 'I guess I could ask Mr Trewellan to reschedule seeing that we gave him an extra slot last week.'

'I like the way you're thinking, cara. Call me back as soon as it's sorted.' He snapped his phone shut without waiting for the theatre administrator's farewell and checked his watch. Damn it, but he was late for rounds and he hated starting the day on the back foot especially when he had a full appointment list this morning in his Collins Street rooms.

He strode toward the bank of lifts and hit the up button, tapping his foot on the polished linoleum floor of Melbourne City Hospital. He'd had scant sleep last night having operated on a road trauma case and it hardly seemed any time at all since he'd left the hospital, and now he was back again. There'd only been only enough time to catch a three hour nap before a quick shower and shave, and a much needed shot of espresso before arriving back at work. As the light above the lift glowed red and the heralding "ping" sounded, his phone vibrated in his pocket. Hopefully it was good news about the theatre mess. He flicked his phone open. 'Leo Costa.'

'Oh thank God, you're not scrubbed.' The unexpected but familiar voice of one of his many sisters came down the line.

'Anna?' He rubbed his hand through his hair. Usually at this time of morning she was knee-deep in children, the school run and juggling calls from restaurant suppliers. 'What's up?'

A half sigh, half cry came down the line. 'It's Nonna, Leo. This time you have to come back to Bandarra.'

From "Her Brooding Italian Surgeon" by Fiona Lowe
Mills and Boon Medical Romance July 2010
ISBN: 9780263209327 Copyright: © 2010 Fiona Lowe
® and ™ are trademarks of the publisher. The edition published by arrangement with Harlequin Books S.A.
For more romance information surf to: www.millsandboon.com.au