The Most Magical Gift Of All

Dr. Jack Armitage can't wait to spend the Christmas holidays on a beach sipping cocktails. But his much-deserved vacation is delayed when an unexpected gift is left on his doorstep...a little girl! Reformed bad boy Jack is great with kids, but only when they're his patients.

Dr. Sophie Norman is Jack's temporary replacement, but this single gal didn't expect her new duties to involve being a stand-in mom! Jack needs all the help that Sophie can give him. While doing their best to ensure this little girl has a magical Christmas, they find the most magical gift of all -- a family.

A Christmas story in the Outback.

To Diana, with thanks for sharing her stories.

Many thanks to fellow writing mate, Kate Hardy for all her help with 'UK' lingo!

I LOVE Christmas and all its traditions so when my Editor asked me to write a Christmas story I said, 'Ohh, yes please!' Australia has combined many of the English Christmas traditions based around winter and added our own touch of summer. One of my family traditions came about by accident.

Each year I make a Christmas cake... a heavy fruit cake. My grandmother's recipe said 'soak fruit for three days in rum, whiskey, brandy, vanilla and lemon essence.' Back in the mid 80s, I did just that as usual except the following day I was involved in a car accident and I sustained a few broken bones. I wasn't able to bake so my mother offered to make the cake but by the time she got around to it the fruit had been soaking for four weeks! It was THE BEST Christmas cake we'd ever had so since then, come November 1st we soak the fruit for four weeks! For more information on Aussie Christmas traditions, click here!

As for Jack and Sophie's story...well it's set in the Flinders Ranges in South Australia. Sophie is running away from Christmas and thinks coming to Australia is the key. I had so much fun putting an English Rose into the scorching outback with an equally scorching hot hero. Jack has no plans to be in Barragong this Christmas because he has a date with a holiday that's five years overdue. But the universe has different plans for both of them and I had so much fun giving them both a Christmas to remember. 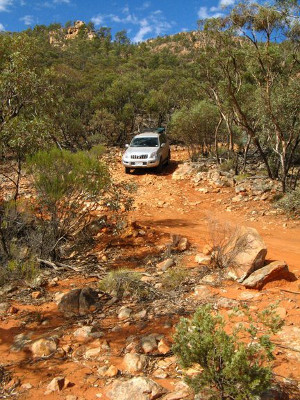 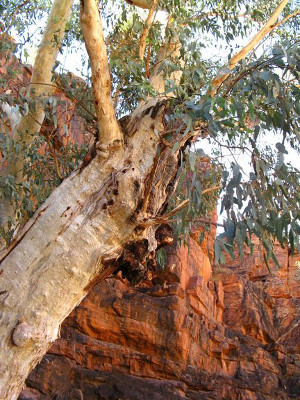 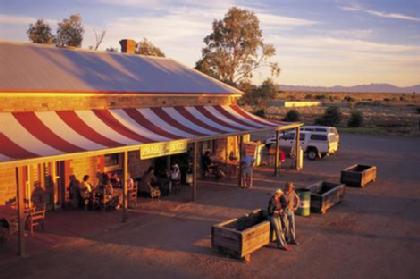 The Most Magical Gift Of All

'Can I be of help?' The polite and softly spoken question, asked in a clear and precise English accent, broke through the chaos.

Jack raised his head and slowly the silver dots receded as his eyes merged into focus, settling on the most abundant mass of flame-red spiral curls he'd ever seen. They spilled out of a ponytail in defiant tresses, declaring themselves far too independent to be contained by a mere inconsequential band of elastic. They tumbled down both sides of an alabaster forehead where they sat close to a pair of luminous eyes which stared straight at him. Stared straight into him with a gaze so clear and full of the promise of excitement and adventure, it was as if they'd thrown a lasso around him and were drawing him into their depths.

Jack felt himself sway toward her as his groin recovered fast and the first non-painful sensation since Lochie's kick surged through him. The first pleasurable sensation to happen in months. He jerked back, gulped in a deep breath but the whoosh of heat tripled. Deliciously so.

He knew he was staring but he was having trouble moving his gaze. With titian hair, he'd expected eyes of green or blue but instead they were the rich and seductive colour of fine Swiss milk chocolate. Ringed with brown, thick lashes, they sat above a snub nose dusted with freckles and a slightly crooked mouth that curved up on one side in a lop-sided grin. Glossy-magazine pretty she wasn't but he didn't care - she'd had him with one glance from those amazing eyes.

After what seemed like forever but was probably closer to five seconds, he moved his gaze along a fine jaw and down a smooth, white neck adorned with a heavy, silver tag which disappeared under the distinctive embroidered neckline of an Indian tunic top. The blouse fell from narrow shoulders, pulling across round breasts and he immediately imagined how soft and warm they'd feel against his palm. His fingers rolled into a ball as a second wave of heat tumbled through him like the roll of heavy surf, rushing the most intense visceral craving through him almost knocking him off his feet.

With her matching baggy - pants she looked like a nymph, a free - spirit. A delectable Persephone who'd floated into the department just for him.

She's not for you at all. Until the locum arrives and your holidays really start, you're still Dr Jack Armitage, Barragong's respectable doctor and pillar of society.

He deliberately ignored the words and let his wayward gaze enjoy the way the floating material of her pants caressed her legs and then he zeroed in on her feet. Feet that demanded nothing more than to be adorned with a delicate silver toe ring. Instead they were encased in heavy hike boots. The juxtaposition startled him and just like that, the work-ethic instilled in him by his parents and his family's history, saw a chance and with moral efficiency brushed the lust away like a broom. Almost.

Jack reached for another gauze pad to staunch the flow of blood down Lochie's face while keeping his other hand firmly on Lochie's leg. He smiled politely at the visitor, and as the doctor-in-charge he said, 'This area of the hospital is for staff and patients. Please check in at reception.'

With a sudden purposeful action, she slid her backpack off her shoulders and rested it against the wall before dropping a crushed and battered hat neatly onto the top. She then gave him an expectant smile. 'Really? The paperwork can wait. You look like you're struggling and could do with an extra pair of hands right now.' She crossed to the sink and flicked on the taps.

Struggling? Jack Armitage didn't struggle. Despite the fact his eyes seemed fixed on the way her pants moved across her cute behind, he managed to harness his indignation about the "struggling" quip. 'I must insist that you leave now, Miss, um?'

Laughing eyes smiled at him as the unknown stranger snapped on a pair of gloves with the expertise of someone in the know. 'Norman. Dr Sophie Norman. Sorry I'm late.'

Jack's mouth fell open and he couldn't hide his astonishment that this incredibly alluring woman in the free-flowing clothes was his doctor. 'You're my missing locum?'

'Yes. It's actually been a bit of a saga getting here from Mingora via Mumbai.' Her well-enunciated words sounded very aristocratic compared with the broad Australian accent. 'Not in the least bit helped by the moron I dealt with in the agency office, but I'm here now and ready to work.'

Jack grinned at the high-class and totally sexy way she said the word, "moron". 'I think I know who you mean. I'm Jack.' Not yet you're not. 'Dr. Jack Armitage.'

A husky edge clung to the words as her dancing eyes brushed his entire body with a very similar head-to-toe sweep that'd he'd given her.

His blood pounded south with every caress of her gaze.

Then like the snapping of a therapist's fingers the hypnotic gaze was broken and she raised her head and grabbed a bottle of saline. 'We'll do the introductions later shall, we?'

But it was a rhetorical question because she'd already turned and bent down close to Lochie. With a firm voice devoid of all the "come hither" huskiness and sounding very much like a famous English literary nanny, she said, 'Now, young man, I've just walked past some pretty scary looking reptiles. Can you tell me the name of those scaly creatures with the blue tongue?'

Lochie's wail subsided either out of surprise or fright and he stared at her for a moment completely nonplussed. 'A blue tongue.'

She nodded briskly as she cleaned the wound while Jack applied pressure so they could see the skin edges and estimate the depth. 'That's right, they have a blue tongue but what are they called?'

She frowned. 'It's alright if you don't know the name, we can look it up later.'

Lochie's bottom lip came out in a mulish line. 'That's their name. You don't know much, do you.'

Sophie stiffened for a brief moment and then gave a strangled laughed. 'I know how to fix you up so how about you tell me about reptiles while we make you feel better.'

As she moved to pick up more gauze, Jack caught a glimpse of grey shadows scudding through previously clear eyes before her chin tipped up and an almost reckless gleam pushed the darkness away.

It was sudden, unexpected, and it both jarred and intrigued him.

This woman intrigued him. She looked like a hippy but with Lochie she sounded very much like an uptight bossy and organising school teacher. The odd combination fascinated him.

It was a bit of a saga getting here from Mingora. The almost reckless gleam in her eyes suddenly made a lot of sense - she'd just come out of a war-ravaged area into a peaceful place. He imagined the sudden removal of the terrifying pressure that's exerted when your life is in constant danger must be as intoxicating as the finest bead in the best French champagne.

And she was intoxicating. From the first time their eyes had locked her gaze had promised sheer, unadulterated fun. She had an aura of wildness about her that called to the part of him he'd locked away five years ago. The part of him that could come out and play now she was Barragong's doctor and he was just Jack. Except he was never just "Jack" in Barragong. He had to leave town to be himself and after five years of snatched weekends here and there his time had finally arrived for a real break.

It's a shame you're leaving - the two of you could have had some fun together. Why not stay a while and see what could happen? The temptation circled him, enticing and appealing, pulling at him to break the cardinal rule he'd lived by since Mary. There was absolutely no doubt that Sophie Norman was undeniably sexy and totally gorgeous, but he didn't have fun in Barragong. He worked in Barragong. He played elsewhere, safely keeping women out of his Barragong life.

He squared his shoulders, the discipline and self - control that had kept him going for years shooting back into place. Sometimes the timing was just wrong and this was one of those times. Sophie was here to be Barragong's doctor so he could start his long-service leave and nothing was stopping him from getting out of town today.