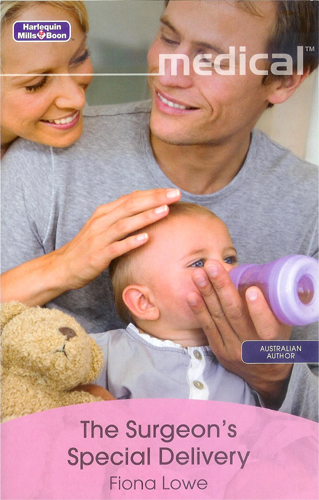 From top-notch doc to daddy!

Dr. Tess Dalton couldn’t wait to give her two closest friends the greatest gift a baby of their own. But when tragedy strikes Tess finds herself alone, carrying her friends’ baby….

Enter the baby’s uncle, Callum Halroyd, leading surgeon and dedicated bachelor. Returning to the Outback for the sake of his family, he’s shocked to meet Tess … and to discover she’s about to give birth to his nephew! Becoming adoptive dad certainly wasn’t in Cal’s plan!

But newborn Oscar and beautiful, vibrant Tess make Cal reassess everything … Soon he realizes just how much he wants to give Tess and the baby the love and care they so very much deserve.

To Paul for his enthusiastic help, technical details, poetic descriptions and his friendship.
And to Cameron and Andrew for always patiently answering my questions - it's much appreciated.

As I was starting to write this book, my 10th Medical Romance, I was thinking about what you as a reader enjoy about the line. One feature that stood out was "home and hearth" - stories about family or creating a family.

Some couples face more obstacles than others in creating their longed-for family and that is how the idea for The Surgeon's Special Delivery came about.

I hope you enjoy Tess and Callum's story as they deal with a life-altering event that throws them together in ways they could never have imagined. The fall out is challenging, cataclysmic and life-affirming. 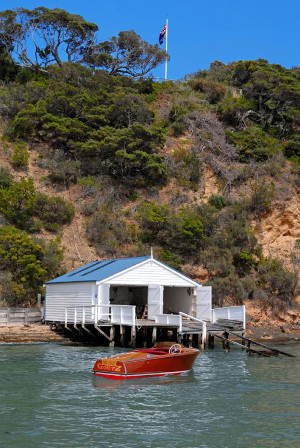 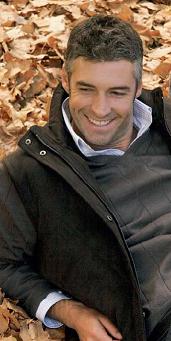 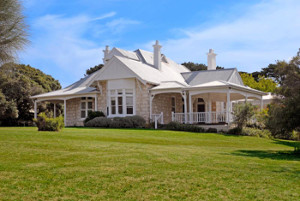 The radiographer directed the pointer to the telling piece of anatomy on the ultrasound screen, as the fuzzy grey and white image of a baby floating lazily in its cocoon of fluid, came into focus.

A squeal of joy erupted, bouncing off the white hospital walls and embracing every person in the room.

From her prone position on the examination table, Tess Dalton smiled up at the ecstatic couple that squeezed her hands tightly as they kissed each other over her rounded, pregnant belly.

Tess's heart threatened to explode from elation. The two people she loved most in the world were finally going to have the child they'd waited so long for. And she was part of this gift of life to them. Part of their family. It was the most fantastic experience of her life.

She grinned. 'So, I'm going to have an honorary nephew. I'll have to learn boy things.'

The couple immediately broke apart and dropped down to her level, simultaneously kissing her on both cheeks, their tears of happiness dampening her skin.

James Halroyd was the first to pull away, clearing his throat gruffly. 'Just as well you're up for the job of honorary auntie, Tess, because his biological uncle isn't exactly the "kick a footy to the kid" type of guy. He's too busy off saving the world.'

Carolyn Halroyd wiped her eyes and patted Tess's swollen belly. 'Oh, Tess, we can't thank you enough for being our surrogate.'

Tess squeezed her best friend's hand. 'I'm honoured to do it. Besides, you're the sister I never had. Without your love and support I wouldn't have even finished high school, let alone qualified as a doctor, so stop thanking me. I should be the one thanking you.'

Carolyn gave a giant sniff and a watery smile. 'You're going to be the best auntie Oscar could ever have.'

'Oscar.' Tess patted her stomach, the newly-named foetus immediately morphing into his own personality. 'One thing is for sure, kid, you're going to grow up surrounded by love.'

Callum Halroyd's talented hands stilled on the mess that had until an hour ago been a young man's leg, but that was before a mortar had shattered it into pulp. This was Cal's fifth operation since dawn and the sun had only just hit its highest point. As an experienced surgeon with Frontline Aid, and with the muffled explosions of war in the distance, he was pretty certain he'd still be operating when dusk had disappeared into darkness.

He glanced up over the top of his surgical mask, his mouth twitching into a smile. He always smiled when he saw Jenny Patton. An experienced Frontline nurse, she had the typical dry Australian wit that described every situation in ironic understatement. 'Don't tell me, we've run out of coffee.'

Fully scrubbed, she walked over to him, her usually laughing hazel eyes, strangely sombre. 'The coffee supply is safe.'

'That's good to know.' But a streak of cold shot through him quickly, its tendrils remaining, hovering like mist. He shrugged off the feeling and blasted a bleeding capillary with heat from the diathermy.

She stepped in next to him, dextrously applying the suction to keep the bloodied area clear. 'Jenson Armand's scrubbing in for you. He's just gloving up now.'

The quipping Jenny had vanished. The cold started to circle his heart. 'What the hell for? I have more vascular experience than he does.' He thrust out his hand. 'More packs.' The words shot from his mouth more like a command than a request as he tried to push his mounting unease aside.

Jenny handed him the gauze, her gaze seeking his. 'I'm really sorry, Cal, there's no easy way to tell you this.' She sighed out a long breath before breathing in deeply. 'We've just heard from Australia. Your brother, James, he was in an accident and he's...'

The circling cold turned into an icy grip, snatching at his heart. 'He's what?' She blinked rapidly. 'He died yesterday along with his wife. You need to go home. I've got you on a helicopter out of here to connect with an international flight. You leave in thirty minutes.' The roar of blood in his head instantly drowned out the sounds of guns. His hands shook as he deftly created a stump for a future prosthesis.

James was dead. His brain struggled to compute that his twin brother no longer lived.

'You'll be home in twenty-four hours.' Jenny reassured him. 'Your parents will meet you at Melbourne Airport.'

Home. He shook his head. At some point in the last few years Australia had ceased to be home. Instead, it had become a place to visit on holidays. And now it was calling him back for a funeral. He wasn't sure Australia could ever be home again.

Tess wandered around Carolyn and James' strangely quiet house, desperately missing the aroma of freshly brewed coffee, the hum of Carolyn's sewing machine and the happy off-key whistle that meant James was close at hand. Blinking back tears, she sat down hard on the couch and cradled her very pregnant belly. 'Oh, baby boy, life is so not fair.'

She knew all about "not fair" but she'd hoped this child wouldn't have to experience it. Leaning back into the soft cushions, she tried to marshal her chaotic thoughts as fatigue dumped over her like surf waves. The outback township of Narranbool had ground to a halt, collective in its grief for their beloved GP and his talented wife Carolyn, who had dressed them so stylishly for weddings, debuts, the Narranbool Cup and every other social occasion in-between. No matter what their height, weight or proportions, Carolyn had the knack of making everyone look and feel gorgeous.

Tomorrow's funeral had been organised from Melbourne by James' family. But the town had taken control of the wake, needing to show their love and appreciation for two special people. Tess knew that in true country style, grief would be well fed with cream sponges, pavlova, asparagus rolls and tea.

She rubbed her belly as Oscar kicked hard against her hand.

Carolyn had no known relatives, but James had parents. Parents who didn't yet know about their unborn grandson.

Tess had to tell them but had balked at doing it over the phone. Hi, I'm Tess. You don't know me and by the way I'm pregnant with your grandson but I'm not the biological mother. No, it was something she had to do in person when the Halroyds arrived in town. She'd do it tomorrow, immediately after the funeral.

Organised…by James' family. Being organised by James' family was something she was going to have to deal with. A long sigh shuddered out of her lungs, as she tried to give herself a pep talk. Giving up Oscar to his grandparents was no different from giving him up to Carolyn and James.

Yes it is! A traitorous thought that had been gaining volume for two days thundered inside her head.

From "The Surgeon's Special Delivery" by Fiona Lowe
Mills and Boon Medical Romance May 2009
ISBN: 9780263209204 Copyright: © 2009 Fiona Lowe
® and ™ are trademarks of the publisher. The edition published by arrangement with Harlequin Books S.A.
For more romance information surf to: www.millsandboon.com.au