I've written four wedding-themed romances set in Wisconsin, USA where I lived for three great years. I adored the north woods, which is why I created Hobin and Whitetail. I was thrilled that Boomerang Bride won the first Rita award for a digital-first book and the first RITA™ award for Carina Press. 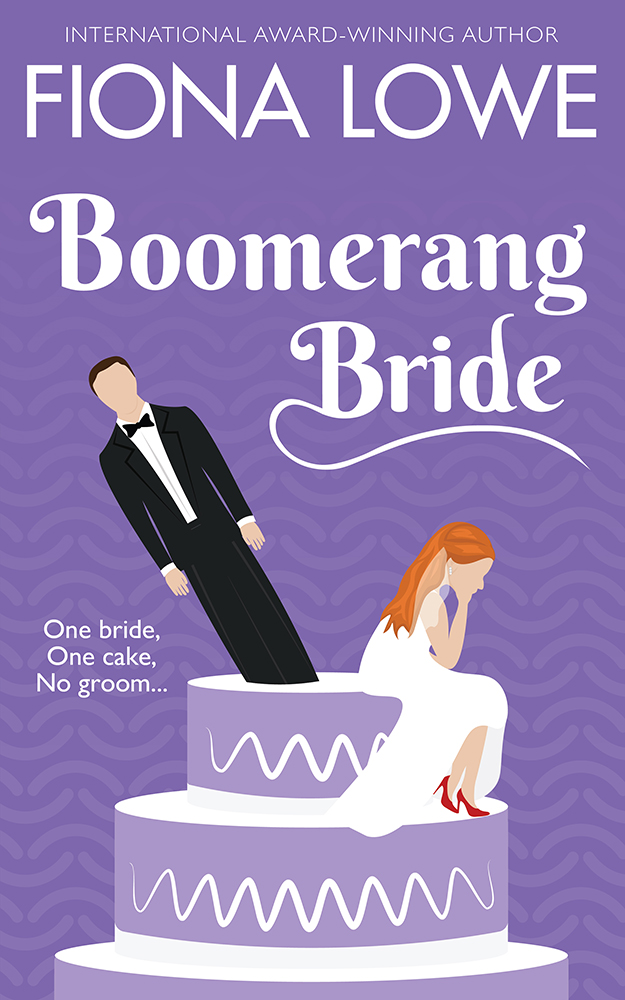 Matilda Geoffrey had risked it all for love.

She'd left Australia to be with Barry -- the man who had swept her off her virtual feet. Now, wearing a wedding dress, she's alone on Main Street in small-town Wisconsin, and things aren't working out exactly as planned….

In town for his annual family visit, Marc Olsen had never seen a bride quite like Matilda -- staring into a storefront window, holding a tottering wedding cake and looking desperately in need of a groom. He doesn't have many warm feelings for his hometown, but meeting Matilda just as she discovers she's been scammed by her online "fiancé" stirs something in him.

Matilda is not the kind of woman Marc imagined himself with, and Marc is anything but the romantic hero that Matilda has always dreamed of. But as unlikely circumstances throw them together, can they let go of their misconceptions and risk their hearts for love?

Whitetail, Wisconsin is a small town with a big heart, nestled on the edge of a pristine lake in the north woods. Laugh and cry as you follow the stories of the townsfolk and their visitors as they turn Whitetail into a wedding destination and learn a lot about life along the way. 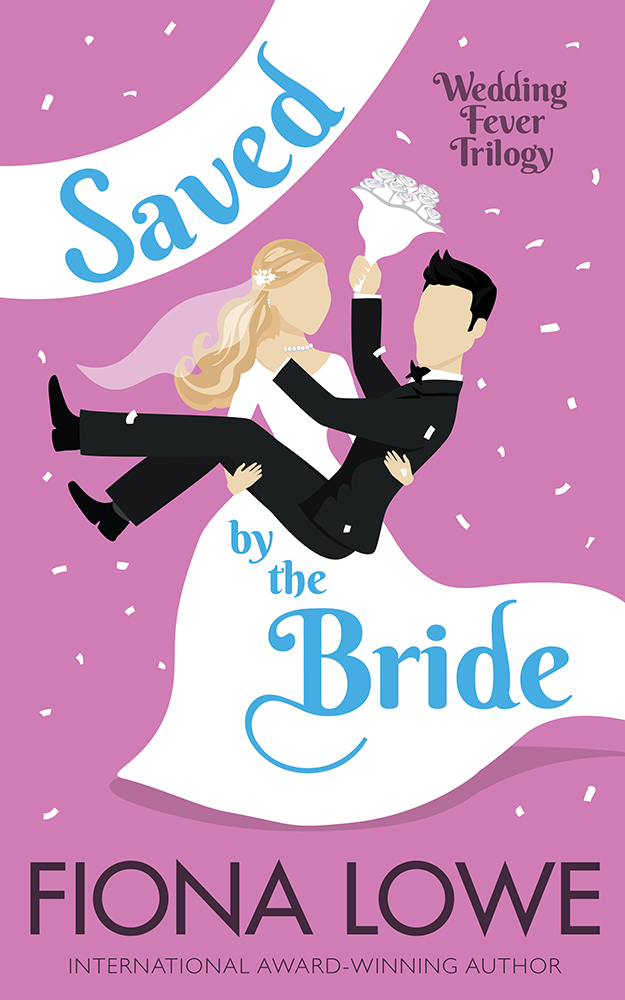 Saved By The Bride

Welcome to Whitetail, Wisconsin, future home of Weddings that WOW!

As acting mayor, Annika will do anything to revive the economy of the town that's been her refuge ever since her art career imploded and her fiancé walked out. Even if it means crashing an engagement party to talk business with the bride's billionaire father. But the evening starts with a kiss from a gorgeous stranger-and ends with a night in jail.

Finn Callahan can't believe his sister is getting married, not after their parents' disastrous track record. And he'd rather be anywhere than working from his family's vacation home. Until he catches a leggy blonde sneaking in the window, and suddenly telecommuting for the season is very appealing.

Unable to resist their mutual attraction, Annika and Finn are soon mixing business and pleasure-just for the summer. Too bad Annika's heart missed the memo about not falling in love…

Book One in the Wedding Fever trilogy 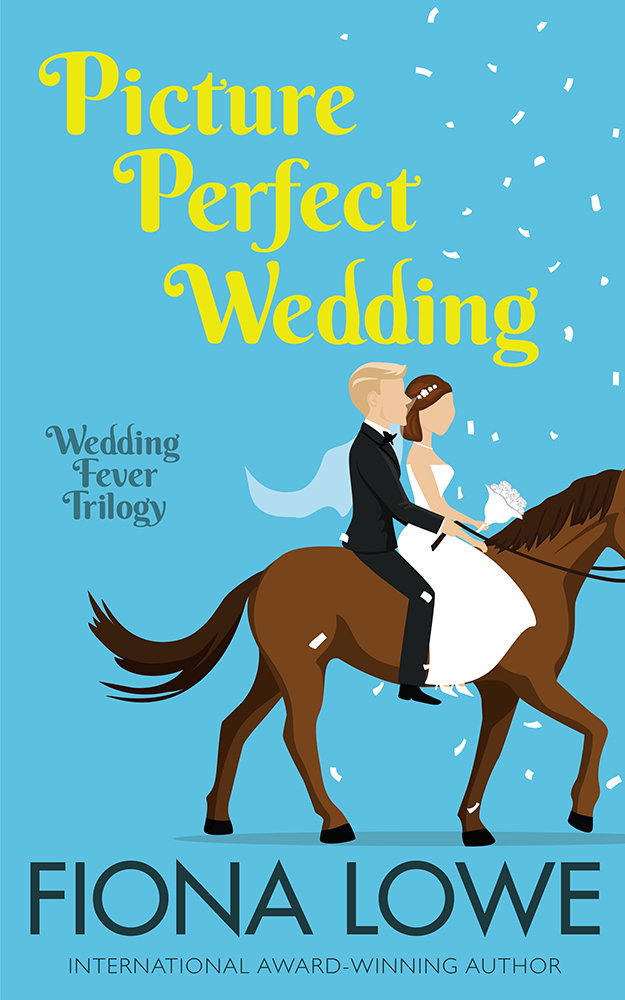 Welcome to Whitetail, Wisconsin, home of Weddings that WOW!

Erin Davis will do whatever it takes to be the photographer for high-end brides. So what if capturing the moments of people's lives means she has no time for her own. Nothing will get between her and the security she craves, not even the gorgeous farmer refusing to let her shoot in his sunflowers.

His family has always been tied to the land, but lately Luke Anderson feels more like he's chained. While he ponders his future, he still has cows to milk and no time to deal with Erin or Bridezillas in his fields. Yet there's something about the sexy city girl he can't say no to. So he says yes: just this once.

With the town in need of a photographer, Erin agrees to spend wedding season in Whitetail. The sparks flying between her and Luke quickly ignite, but just as Erin starts to picture her own happy ending, Luke takes a gamble that could risk it all… 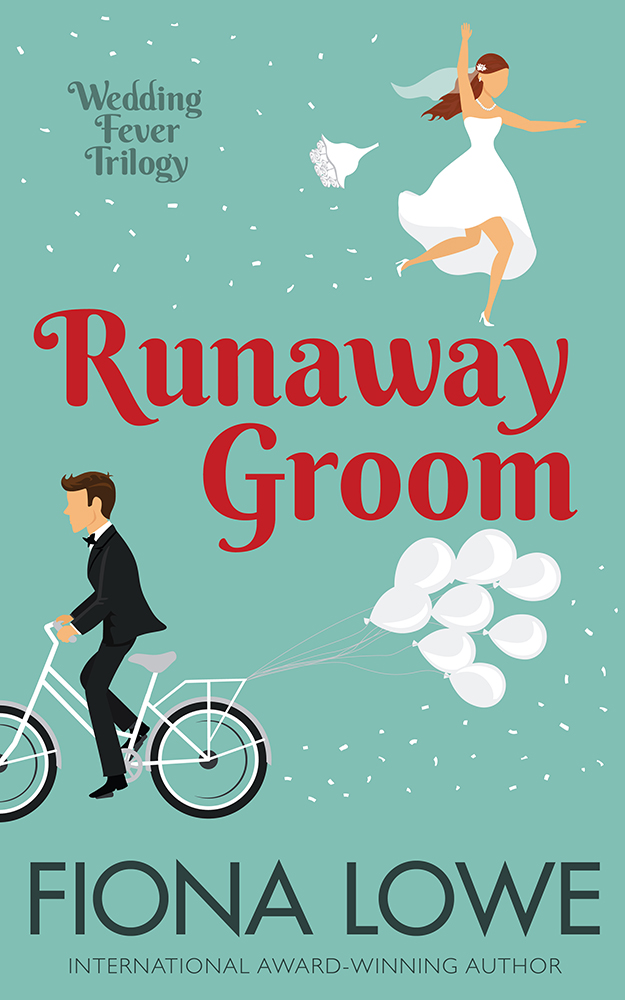 Welcome to Whitetail, Wisconsin, home of Weddings that WOW!

Amy Sagar's life is in ruins. Fired from her fast-track job and dumped by her double-crossing boyfriend, she retreats to Whitetail, Wisconsin, to lick her wounds and regroup. Meeting an impossible, sexy Australian isn't part of her strategy for getting back on track.

Ben Armytage is running away. After being left at the altar and publicly humiliated, he's taking his vintage motorcycle on an extended road trip from Argentina to Alaska. Having his journey interrupted by a breakdown and sharing a house with a curvy, redheaded lawyer in a town obsessed with weddings was never on his itinerary.

Though being stuck in a luxury log cabin isn't really a hardship, living together with their broken hearts isn't easy. When the attraction between Amy and Ben proves unstoppable, they'll both begin rethinking their plans…